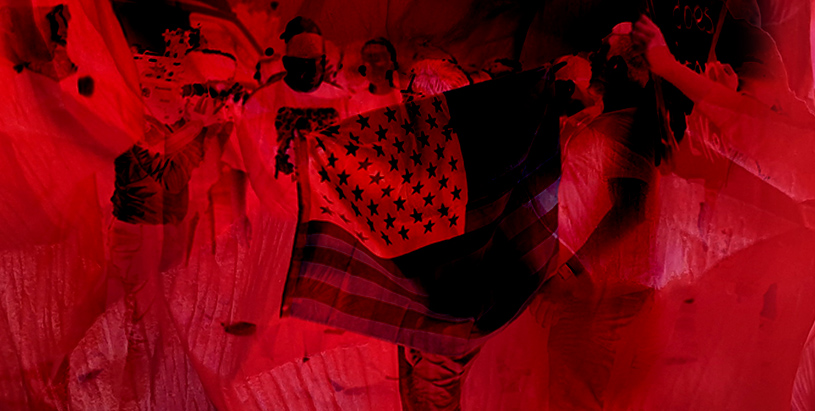 Quotes of the Times:

“Joe Biden should not concede under any circumstances, because I think this is going to drag out, and eventually I do believe he will win if we don’t give an inch…” Hillary Clinton, ABC News. https://www.nbcnews.com/politics/2020-election/hillary-clinton-says-biden-should-not-concede-2020-election-under-n1238156

“In June 2020 the Transition Integrity Project (TIP) convened a bipartisan group of over 100 current and former senior government and campaign leaders and other experts in a series of 2020 election crisis scenario planning exercises. The results of all four table-top exercises were alarming. We assess with a high degree of likelihood that November’s elections will be marked by a chaotic legal and political landscape.” TIP Executive Summary:  https://assets.documentcloud.org/documents/7013152/Preventing-a-Disrupted-Presidential-Election-and.pdf

“In every scenario except a Biden landslide, our simulation ended catastrophically.” Washington Post, election simulation. https://twitter.com/washingtonpost/status/1301517664465158145

“This (the US presidential election in November) is going to be such a disaster, but nobody can do anything about it now. All we can do is watch this slow-motion train wreck play out.” Michael Snyder, ‘The End of The American Dream’ blog.

“The United States and its constitution have only two months left. The November presidential election will not be an election. It will be a color revolution.” Paul Craig Roberts, former US Assistant Secretary of the Treasury for Economic Policy (Reagan Administration).  https://www.paulcraigroberts.org/2020/09/10/the-united-states-its-constitution-have-two-months-left/

US presidential elections, are not won by one candidate winning more votes than the other. The election is won by the candidate who wins more states than the other. [Technically, whoever wins the most votes in the Electoral College]. In the 2000-year election, it looked as if Al Gore (Democrat) would win the election, because he was ahead of George Bush (Republican) in the popular vote by 500,000 votes. However, in the State of Florida, the vote count was in dispute. It soon became clear that whoever was going to win the State of Florida was going to win the election (because of the number of votes Florida had in the Electoral College). The disputed count of the votes resulted in acrimonious accusations and bitter court battles. Finally, the Supreme Court stepped in and decided for George Bush. Al Gore accepted the decision and conceded the election to Bush.

Something similar is going to happen in the November, 2020 election. However, this time the battle will not be confined to one state, it will erupt over most of the whole nation. This is guaranteed to happen because the Democratic Party are not going to accept a Trump victory, under any circumstances. Hillary Clinton has spelt it out for us with her, “Joe Biden should not concede under any circumstances, and not give an inch,” remark (see above). And all Clinton’s Democratic Party colleagues are all singing the same song. At the same time, all the momentum, going into this election is with Donald Trump. If he does not win, his supporters will claim the election was stolen, from him, by fraud. And the opportunity for fraud in this election is vast, because most states are allowing voting by post (because of Covid-19). Therefore, neither side is going to concede that they lost the election. There will be no cordial concession of defeat from one candidate to the other. There will only be more acrimonious accusations and more bitter court battles, and the result of the election may not be known for weeks, or even months. This will be a time of rampant instability across the whole country.

The Oligarchs have made their intentions crystal clear. They will not accept another four years of Donald Trump. Their plan of attack is the following:

The recent attempt at a colour revolution, in Belarus, is an interesting harbinger for what is coming to America. The unrest in Belarus was sparked by a disputed election result. The opposition candidate, instead of conceding defeat, declared victory, based on claims of alleged voting irregularities. This same scenario is coming to America in November. The Democrats are already preparing “an army of lawyers” to contest the result of the election. See: https://www.theguardian.com/us-news/2020/sep/16/biden-attorney-legal-fight-election

The whole world is going to be involved in this election. The outcome will define the future…

Note: Tucker Carlson interviewed a Chinese virologist who claims Covid-19 was made in the Wuhan laboratory. She says, “There is evidence left in the genome.” See interview here: https://www.youtube.com/watch?v=qFlqXPl_hZQ&feature=emb_title

Note: US District Judge rules that Covid-19 Lockdowns are unconstitutional, if permitted to go on too long, without an end-date. The following is a quotation from the judgment:

“Courts are generally willing to give temporary deference to temporary measures aimed at remedying a fleeting crisis. But that deference cannot go on forever. It is no longer March. It is now September and the record makes clear that Defendants have no anticipated end-date to their emergency interventions. There is no question that a global pandemic poses serious challenges for governments and for all Americans, but the response to a pandemic (or any emergency) cannot be permitted to undermine our system of constitutional liberties or the system of checks and balances protecting those liberties.”  Ruling on case, County of Butler, et al vs Thomas W. Wolf, et al, by US District Judge, William Stickman IV. https://www.courthousenews.com/federal-judge-finds-pennsylvanias-covid-19-shutdown-orders-unconstitutional/

Signs of the Times #76 | Countdown to January 6th

The United Socialist States of America? | Signs of the Times #72